For South Georgia February was one of the busiest months in the 2009/10 tourist season with sixteen cruise ships and six yachts visiting the island.

According to the February edition of the South Georgia newsletter the 11th cruise was an especially busy day at Grytviken, with two vessels bringing the largest numbers of passengers in a day this season. “Delphin” with 355 passengers visited in the morning and “Minerva” with 300 in the afternoon.

Six yachts have been around the Island this month: three on private visits, two on charter to small tourist groups and one as support yacht to a kayak expedition.

Three yachts gathered at the north end of the Island awaiting better weather before launching back to the Falkland Islands. With the weather unrelenting the yachts were trapped long enough for passengers and crew to miss pre-booked flights.

One yacht that did head out had a very rough voyage and another 15-metre long yacht ended up having to be singled handed back by the skipper when its two crew members joined a cruise ship to get back for their flights.

Continued stormy weather and a wetter than average February disrupted schedules and prevented many landings as the ships sought out the more sheltered potential landing sites on the worst weather days.

Whale Expert Lesley Gidding On Antarctica - PLUS 5% off!

Now you can get a range of hot discounts to the coolest destination on the planet. Antarctica can tell a thousand stories; its wildlife, sculpted icebergs & interesting history; the ambitions of those who've tried to conquer it; its peril in the days of global warming.

With an emphasis on animal encounters and maximum shore time, our range of Antarctic programs are thought provoking and adventurous with the opportunity to kayak, dive and even camp on the Antarctic mainland for a night!

And there's no better way to see Antarctica than through the eyes of Antarctic expert and biologist Lesley Gidding. Lesley is treading lightly in the land of ice and rock and, through the Southern Ocean Research Partnership initiative, making sure research efforts are combined rather than duplicated to reduce impact on the fragile environment. Lesley will impart invaluable information about ecology, the history of whaling as well as the delicate ecologies and what science and conservation are doing to protect Antarctica.

Here's your chance to get in on a great night of imagery and information and a jump on a great deal on the 2010/2011 Antarctica season.

Come Prepared! Visit our Antarctica webpage, find something that suits you
and Lesley will be able to answer your questions on the night.
Posted by rodeime at 22:49 No comments: 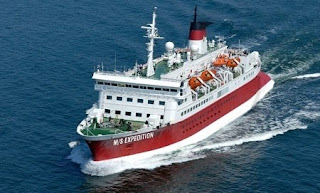 The special is valid for all departures in the 2010/2011 season and all expeditions such as the classic 11 day voyage and the longer 20 day 'Spirit of Shackleton' route.

Director of Chimu Adventures, Greg Carter, believes the deal gives people the opportunity to pick up a real bargain in getting to Antarctica. Carter claims, "with the 25% off discount, prices are starting from around $AUD 3775 for the 11-day classic expedition. This is really unbeatable value!"

The offer is available for bookings made before 30th April 2010 and is commissionable for agents.