It may seem like a contradiction, but the recent rescue of 52 stranded scientists and passengers from the beleaguered Akademik Shokalskiy near Mawson’s Huts will surely lead to a surge in enquiry from would-be adventurers.

Ernest Shackleton’s famous century-old recruitment advertisement bears testament to the attraction of danger, even possible death, in the quest for adventure and discovery.

If you believe the advertisement as fact (many don’t) the story goes on to tell of more than 5000 hopeful applicants applying for the few places available.

More recently, Prince Edward (as seventh in line to the British throne and chairman of the Duke of Edinburgh Award) commented on the tragic death of schoolboy, David Iredale, who died in December 2006 in the Blue Mountains, west of Sydney, while accepting the Duke’s challenge.

"All the trustees were convinced that (Iredale’s death) was the end of it, that it (the Award) would never go any further," Prince Edward said. But the publicity had a surprising reverse effect. In the days following the news, enquiries skyrocketed.

"Suddenly the award, which was new and its reputation among young people was: 'Wow, this is serious. You could die doing this.'

"The sense of adventure, the sense of excitement, that it gave you that sort of risk element, the sense that it (death) is possible,” said the Prince, perhaps a little insensitively.

About the same time (November 2007), in another part of Antarctica, the famous MV Explorer (aka ‘the little red ship’) originally commissioned by Lars Eric Lindblad in 1969, hit multi-season ice, punched a “fist-sized” hole in its double hull and sank. Fortunately without loss of life or injury to any of the 154 passengers, but the circumstances were hairy nonetheless.

Now, I’ve never been able to substantiate this, but I heard from sources close to the action that Bruce Poon Tip (high profile owner of the ship and then GAP Adventures, now G Adventures) was justifiably concerned about how the fallout from the event would effect his otherwise highly-respected business.

But join the dots and you’ll see what I mean. Instead of scaling back or closing down his cruise department, GAP rushed to find a replacement vessel (M/S Expedition) to fill both the existing forward bookings and waves of new enquiry.

Let's not forget this time last year, solo yachtsman, Alain Delord, was rescued by the luxury expedition ship Orion, north of the Shokalskiy's current position. While the publicity was similarly enormous, not all passengers appreciated the expensive detour.


Already there are signs that existing expedition cruise operators are sensing an approaching tsunami of enquiry. 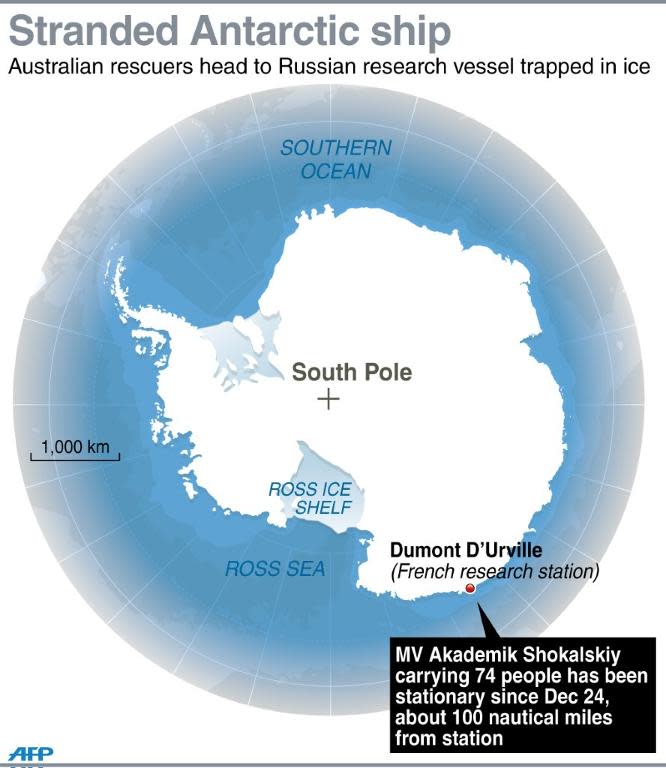 Stewart Campbell began his career as an Antarctic expedition leader in the early 1990s and is intimately familiar with the region where the Akademik Shokalskiy found itself beset. He was also involved in a similar rescue in the region almost 20 years ago. Campbell now runs his own online expedition cruise agency, ExpeditionsOnline.com

“Traffic to my site spiked 100-fold as the news broke,” says Campbell, whose company is an agent for the operators of Akademik Shokalskiy and dozens of other similar vessels, “that traffic has settled down now, but still remains at 10 to 20 times what it was prior to the event.”

Other expedition cruise agencies and operators are likely to be experiencing similar surges in web traffic. The sales conversion ratio of that traffic is yet to be determined, but bookings are sure to grow.

When one thinks of ships and ice, it automatically raises comparisons to the RMS Titanic disaster where more than 1500 passengers perished in the icy waters due to inadequate safety procedures – among many other factors.


“There are always risks in expedition travel, but the Shokalskiy, her crew and the voyage organisers are all extremely experienced and I would certainly say those risks were calculated and 99 times out of 100 the ship should have had no issues in fulfilling the expedition itinerary,” explains Campbell. “It was just an unfortunate combination of circumstances with wind, ice breakouts and nature's power!

“People contemplating a trip to Antarctica should not be put off - the vast majority of cruises to Antarctica explore the Peninsula area which has far lighter or zero sea ice coverage during the summer. Risks of being trapped in ice like this are really very minimal.”

But do prospective adventurers really want the path of least risk? Maybe the wild and unpredictable seas around East Antarctica and Mawson’s Base at Cape Adare are just the ticket? Time will tell, but one thing is for certain, the profile and demand for expeditions to Antarctica will not be harmed one bit.

Roderick Eime is a specialist expedition cruise writer and has been sailing aboard the world’s fleet of small adventure vessels since 1998. He travelled to Mawson’s Huts in 2010, just before ice made future landings impossible. He is the editor of The Adventure Cruise Guide (www.adventurecruiseguide.com) and webmaster of www.expeditioncruising.com